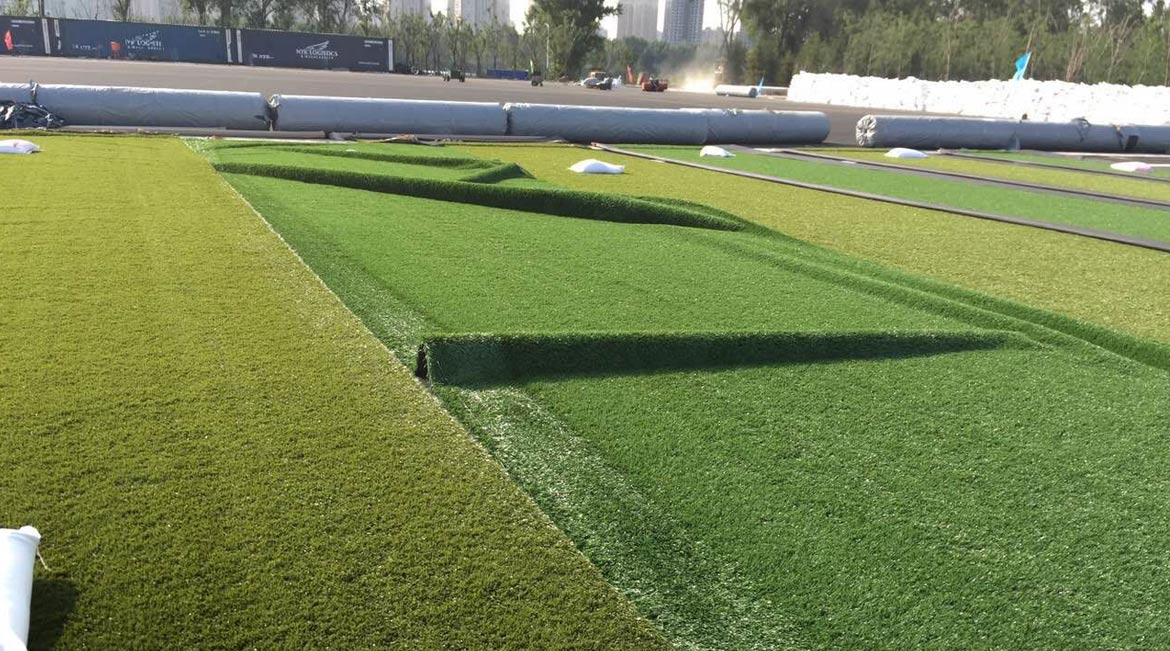 As the annual Gothia Cup gets set for kick off in Sweden this Saturday, so too in China, preparations are well underway for the debut of Gothia Cup China, to be held from 13th to 19th August, 2016 in Shenyang, the capital of the country’s northern eastern province of Liaoning.

The Gothia Football Park is located in Heping District of Shenyang, over a total area of some 860,000 square metres. To meet demand, and to ensure a successful hosting of the Chinese version of the world’s largest and most international youth football tournament, 34 artificial grass pitches were required to be installed, and in record time too.

Under government tender, CCGrass beat off competition from other artificial grass manufacturers to be selected to be the exclusive turf provider for the Gothia Cup China. The installation of the 34 pitches began as recently as 22nd June, and is scheduled for completion on 25th July, more than two weeks ahead of the tournament’s opening.

The award of such a large contract reaffirms CCGrass’ position as the world number 1 producer of artificial grass; likely no other manufacturer has a factory capacity able to fulfil such an order, within a short timeframe.

The product selected for the pitches is CCGrass Stemgrass. With a “spine” running through the middle of each blade, Stemgrass is valued for its durability. After 50,000 cycles of Lisport rolling, it does not show any signs of diverging or splitting. The surface is resilient enough to allow natural ball behaviour, give uniform traction and reduce shock to the joints and ankles. Find out more about Stemgrass at https://www.ccgrass.com/index.php/en/products/sports-grass/for-football

Dating back to 1975, the annual Gothia Cup in Sweden shall open this Saturday, 17th July. As the world’s largest and most international youth football tournament, each year, a staggering 1,600 teams from 80 nations take part, playing 4,500 games over 110 fields.

It is the teams, and participants from around the world that make the tournament unique; a meeting place for the world’s youth, irrespective of religion, skin colour or nationality, with football as the common denominator.